Corfe Castle has been a Saxon stronghold, a Norman fortress, a royal palace and a family home in ten centuries of dominating the Purbeck landscape. In that time it has seen murder and war, known kings and paupers and its rugged beauty has won the hearts of thousands.

Lulworth Cove is the prime dorset attraction for the budding geographer or simply for a leisurely walk along the Natural World Heritage Coastline and the challenging hills. Lulworth Cove was formed approximately 10,000 years ago by the awesome powers of a river and the sea.

Swanage is the holder of a prestigious Blue Flag for its beach cleanliness and has a well earned reputation for being a good place to soak up the sun and play in the sand and sea.

Durdle Door is probably the most famous stone arch anywhere in the world. It was created when the sea pierced through the Portland limestone around 10,000 years ago.

Kimmeridge Bay is a must-see for any trip to this region. From rock-pooling, walking to coasteering, photography to nature walks, or to just enjoy the stunning views. There’s plenty to do and see here. 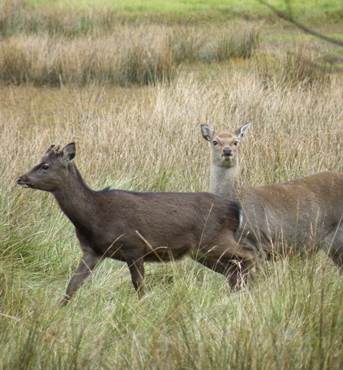 Arne is a fantastic place for family walks at any time of year that enable all the family to learn about the unique nature of the heaths.

Fort Henry is a concrete observation bunker with walls a metre thick. In 1944 it was used by Churchill, Eisenhower and King George VI to watch rehearsals for the D-Day Landings.

T.E. Lawrence died in a motorcycle accident and was buried on May 21st 1935 in the cemetery annexe of St Nicholas Church, Moreton, just a few miles from his home at Clouds Hill in Dorset.

Although it might be expected that Lawrence should have beeen buried in Westminster Abbey, this quiet place in Dorset is not inappropiate given that Lawrence spent his last years hiding from the unwelcome fame of his wartime exploits. His funeral was attended by a multitude of soldiers, statesmen, writers and artists.

In November 1943, the government took over Tyneham Village and the surrounding area to help plan the D-Day invasion. The 225 residents were given a month to leave the Dorset village and to this day have still not been allowed to return.

Winspit Quarry is an old disused quarry on the coastal cliffs near Worth Matravers. The stone from this quarry was highly prized and used in various prestigious buildings in London.

This internationally-acclaimed 65 acre ape rescue centre, as featured in the television programme Monkey Business, is home to over 150 primates of 15 different species.

Unique collection of over 300 vehicles, regarded as the best in the world including the world's first ever tank - Little Willie, the feared German Tiger tank and the modern Challenger 2.

The Swanage Railway is one of Britain’s most popular heritage railways, with steam trains running every day between April and October. Busy periods such as school holidays there are two steam trains a day providing a 40 minute service between Norden Park and Ride at Corfe Castle, Harmans Cross and Swanage. 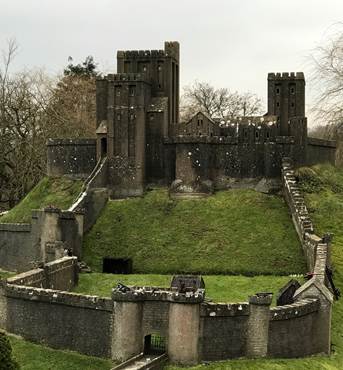 Opened in 1966 to the public, the Model Village depicts the Castle and village as it was in 1646. You can compare the real castle with the Model castle from our garden, this gives a fantastic idea of how it used to look when it was home to Lady Banks.

Putlake Adventure Farm is a family owned and run business in the small village of Langton Matravers. The farm holds an array of animals from fluffy bunnies, to pigs, goats, sheep and alpacas. Children can enjoy the outdoor play area, go-karts, and tractor rides. 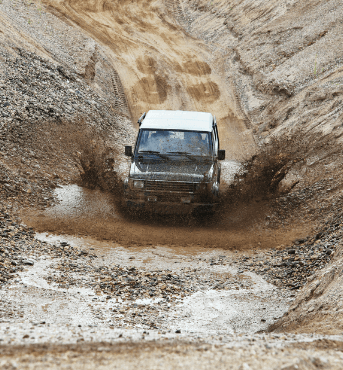 Control monstrous vehicles through acres of a woodland track or around a custom-built course as you take part in the adrenaline-fuelled off-road experience of 4x4 off-road driving. 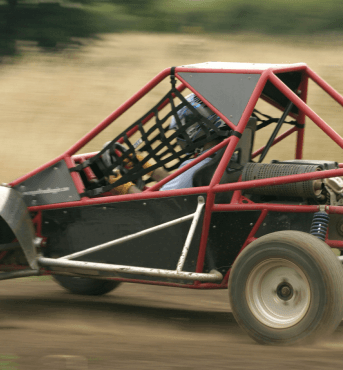 Our purpose built 450 metre off-road Rage Buggy course set in picturesque English countryside is the perfect place to put these 620cc beasts through their paces. With tight turns to negotiate and rough and rocky to terrain to tackle drivers of all levels can expect a thorough test of their skills. 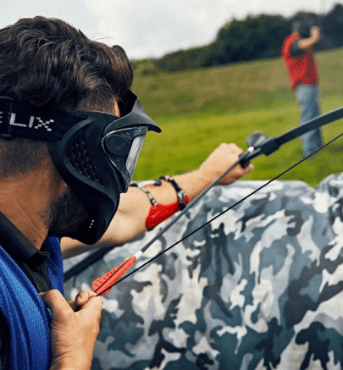 Go combat archery arena is the perfect place to experience the rush of battling it out in the ultimate game of elimination! This bonkers bow sport combines elements of dodgeball and archery. 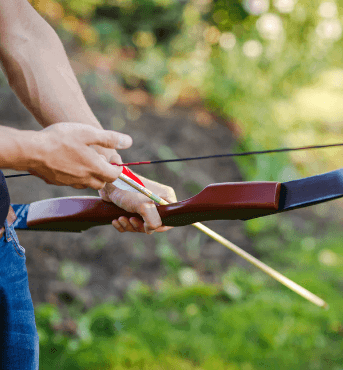 Unleash your inner Robin Hood as you take part in the competitive action of archery. Beginner-friendly and accommodating those as young as 6, Archery is the perfect activity for any social event as you compete to score the highest score possible! 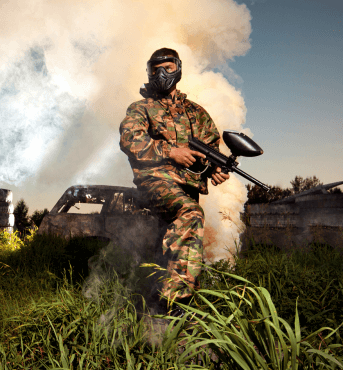 Fight your way through a range of military-themed challenges as you take part in the adrenaline-filled fun of paintball at one of our custom-built indoor or outdoor battlefield's! 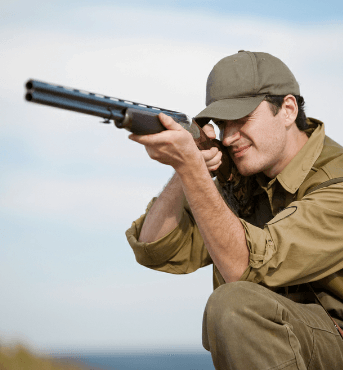 Shooters of all abilities are welcome to come and join the fun. We have a wide variety of challenges for you to take on, in a wide variety of shooting disciplines. Don't worry if this is your first time- with the help of our expert team, it won't be long at all before you're taking out all the traps like a pro. 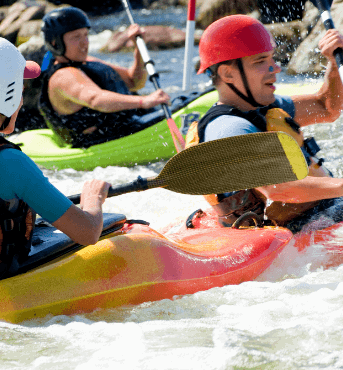 An exhilarating water-based adventure awaits you as you negotiate around jagged rocks and splash down fast flowing white-water rivers in the adrenaline-filled activity of Kayaking. 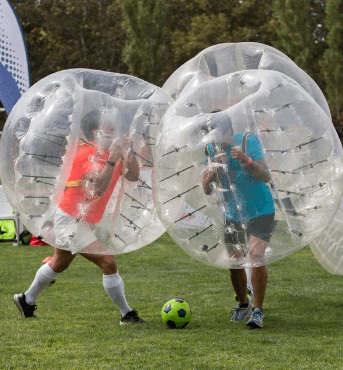 A hilariously fun 1-hour twist on the beautiful game awaits you as you strap yourself into our gigantic legless Zorb balls and bounce to your heart's content as you play Bubble Football! 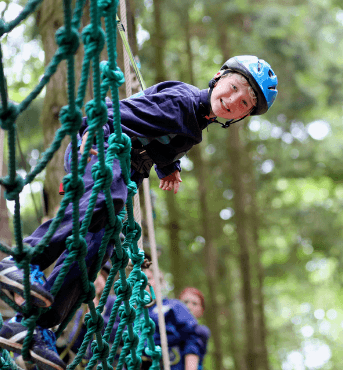 Climb, leap and swing from obstacle to obstacle at gravity defying heights of up to 50 feet as you take advantage of our High Ropes Courses. 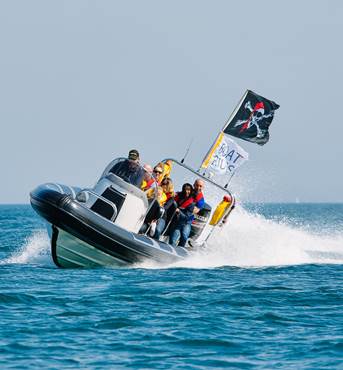 Are you looking for the best fun filled action packed adventure? Then come and experience Weymouth's newest thrill ride attraction.Nothing comes close to the 20 minute adrenaline packed bay blast where you hit speeds of up to 40+mph. 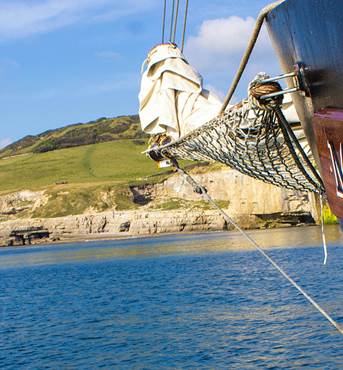 Moonfleet Adventure Sailing is an exciting new activity making its home in Swanage Bay and operating from Swanage Pier. Moonfleet, founded in 2015, have made it their mission to bring a tallship sailing opportunity to Swanage. 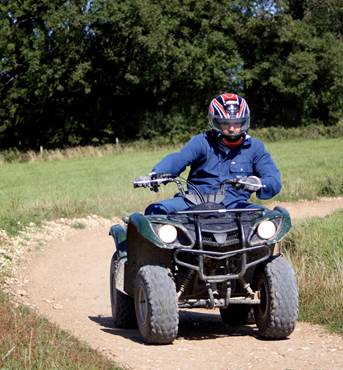 Thrilling Off-road driving and shooting activities in the heart of Dorset. Ride a quad bike, smash a clay pigeon, accelerate an ACE out of the bend, fly a hovercraft 6 inches from the ground, hit the target straight in the bull’s eye!

Harbour Challenge offer a wide range of activities from climbing to coasteering, mountain biking to kayaking and sailing to windsurfing suitable for all ages, groups and abilities. All our activities can be tailored to suit your requirements according to age and experience.

Studland Riding Stables are a friendly stables situated in the picturesque village of Studland, 5 minutes from Swanage and 30 mins from Bournemouth via the Sandbanks chain ferry in Dorset.

We offer Motor Boats, Kayaks, Canadian Canoes, Rowing Boats and Stand Up Paddleboards for hire on a self guided basis. See the yachts, birds and wildlife that frequent this beautiful place. 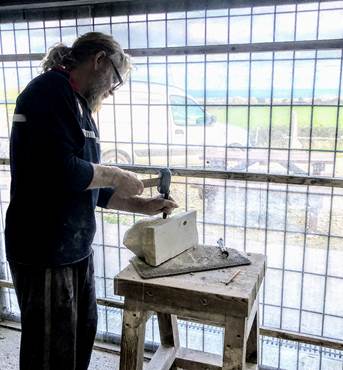 Burngate Stone Carving Centre in the Isle of Purbeck, Dorset provides traditional stone carving skills for people of all ages and abilities.

A pub with arguably the best view over the majestic Purbeck countryside, taking in the stately Corfe Castle ruins and following the route of the steam railway right down to the Swanage beaches.

The Greyhound Corfe is a scenic relaxed venue that serves fresh food all day throughout the year.The pub is ideally suited for small parties, patrons with their dogs, families, as well as walking groups.

The Square and Compass

The Square and Compass in the attractive old stone-built village of Worth Matravers, perched high up in the majestic green hills of the Isle of Purbeck, is a pub that has never failed to live up to expectation.

The Kings Arms is an historic village inn steeped in character and warmth. An inn has stood at this site for the last 400 years.

The Pig on the beach

THE PIG-on the Beach is a revived 16th-century manor house situated along Studland Bay. Designed in the same shabby chic style that has become THE PIG’s signature, Kitchen Garden Restaurant, indoor and outdoor bar and a wood fired oven.

Arguably the most beautiful pub-restaurant in Dorset, the Old Granary is situated in the lovely Dorset town of Wareham.

Situated in the heart of the Isle of Purbeck at the gateway to Swanage and Studland beach, the Halfway is convenient for the historic village of Corfe Castle, and the market town of Wareham.

The pub offers high quality entertainment and a good food selection, some of which is cooked in front of you on volcanic rock. A great selection of local ales and beer on tap.

The World's End was at one time believed to be the oldest pub in Dorset. Set in a lovely rural location in the village of Almer. 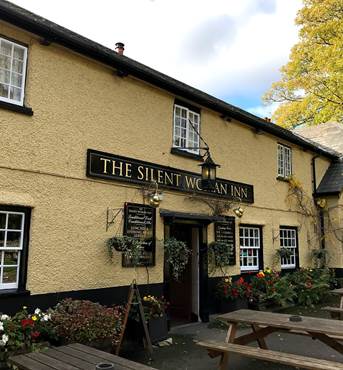 Once a smugglers haunt, legend has it that an "unusual" Landlady who talked too much and gave away the smugglers' secrets in Wareham market place.

The Ship inn is located in the very centre of Swanage town, opposite the square overlooking Swanage Bay. The pub has live music most weekends and with plenty of seating both inside and out, The Ship Inn is comfortable, friendly and always worth the effort. 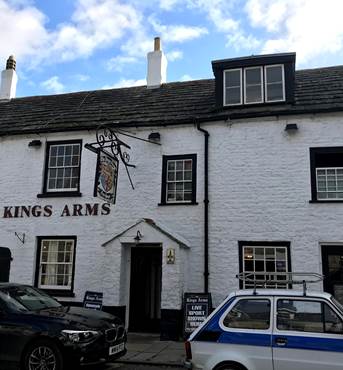 Dating back to 1743, this Purbeck stone built pub, with original flagstone floors has many quirky little rooms off a central bar area and there is a sun-trap rear garden.

The New inn is situated 1.5 miles behind the ruins of Corfe Castle, in the picturesque village of Church Knowle in Dorset. Offering a menu of daily fresh fish and home made produce featuring traditional British favourites with a modern twist

The Fish Plaice is located near to the quayside and has been a fish and chip shop from the late 1970s. It has been operating in its current guise since 2004 as The Fish Plaice (or the blue chippy!) being a family run shop providing takeaway fish and chips to Swanage locals and tourists from every corner of the globe. 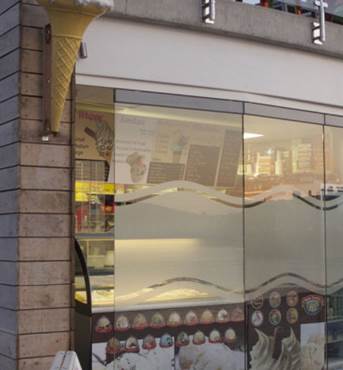 Gee Whites is an al fresco seafood restaurant and ice cream parlour. Visitors are able to dine under our canopy, have a relaxing drink on benches over looking Swanage bay or take away meals and refreshments as they stroll across the beach and surrounding hills. You will find a great selection of quality food to suit all budgets here. 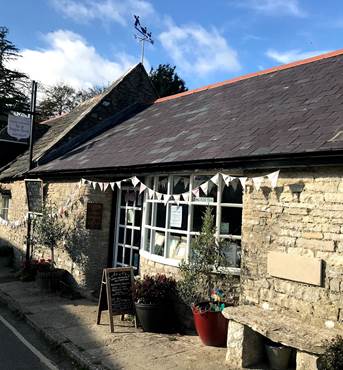 Worth Matravers Tea and Supper Room

Brook Tea Rooms opened 38 years ago, and has been part of the community ever since

During the summer there are many special events taking place throughout Purbeck and the surrounding areas. Take the opportunity to use Woodyhyde base to explore all Dorset can offer.

Fancy diving on some of the local ship wrecks like the Kyaara? Look no further.. Swanage Boat Charters offer Wreck, Drift, Reef or Scenic diving trips in one of the most popular diving locations on the south coast of England. 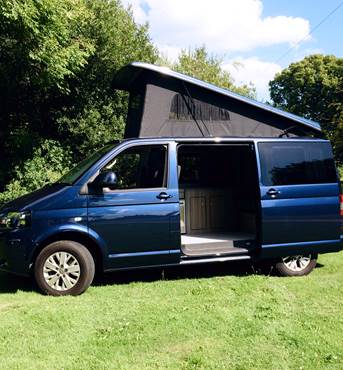 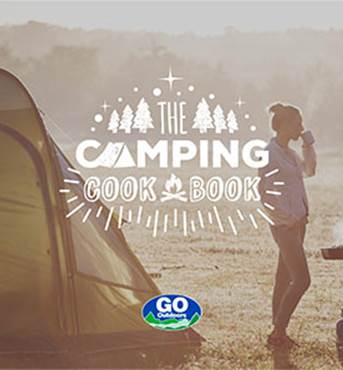 Old Harry. Old Harry, and the remains of Old Harry's wife, have been carved by the action of the waves. Together they form one of Dorset's most famous landmarks.